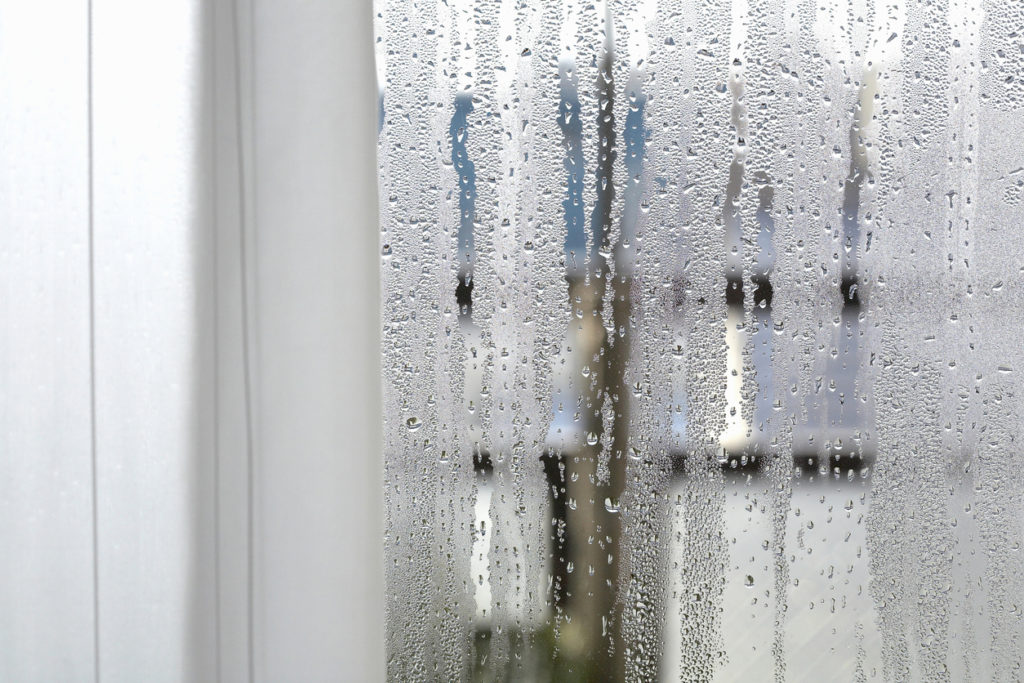 Condensation Season – How It Forms On Your Windows

Why is there condensation on my new windows?

Nothing is worse than having pristine, clean windows seemingly ruined by unsightly condensation! Suddenly, your new windows, a focal point of your home, have turned into eyesores. However, in order to begin preventing windows from developing condensation, you should first understand how condensation forms.

Common reasons in which condensation develops.

Condensation can be best understood as the excess water drops or small amounts of fog that forms on your window panes. You often see it when you get a cool drink and water develops on the outside of the glass. In a similar manner, condensation can also form on your windows.

One of the most frequent causes of condensation is a humidifier. If you are constantly running a humidifier in your household, than it may release excess moisture into your rooms, leading to condensation forming on your windows. Humidifiers are extremely common in bathrooms, nurseries, and even kitchens. If you are running one and begin to notice condensation on your windows, then you may need to turn it down or off for a while. Similarly, showering and cooking often releases excess moisture into the air, and this moisture can then land on windows. Kitchens with broken exhaust fans or bathrooms without proper ventilation are two of the most common areas in which condensation is found. As a result, be sure to have rooms with ample circulation. Make sure that fans are constantly pushing warm air around, and turn on any fans if you are noticing that too much moist air is being released into the room.

Another factor that can lead to condensation forming occurs when the temperature rises or drops. On the most fundamental of levels, condensation forms when warm air interacts with a cold surface. This cold surface is usually your windows. As a result, when a cold front rolls in, or if the weather turns hot and muggy, then extra moisture is released into the air that will hit your window. This is why condensation indoors is typical during the winter and condensation on the outside of the window is typical in the summer.

Rooms without blinds, curtains, or drapes are beset by window condensation the most. Likewise, if you use storm windows during the winter season, the excess frost buildup may also lead to condensation becoming trapped. Overall, you will want to make sure that the temperature inside of your house stays at a consistent level and does not grow too high to prevent excess condensation.

Similar to the temperature inside and out of the home, popular house plants or outdoor vegetation also can lead to condensation forming. As they naturally release water into the air, the moisture can become hard for rooms to naturally cycle through. Plus, plants are often placed by windows, increasing chances of condensation forming nearby. As a result, a multitude of plants located close to windows and doors is often one of the culprits in excess condensation forming.

Overall, there are a number of ways in which condensation can form, so you should be on the watch to catch it early and prevent a costly buildup.